Where are they now? InVenture Prize Finalist Unfoldit is tackling spatial awareness 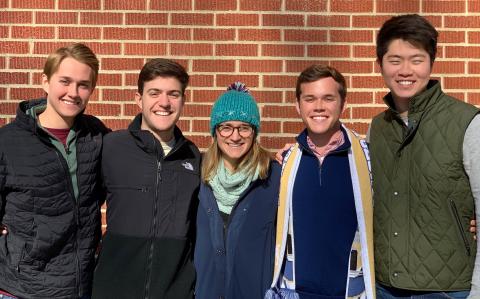 Since the conclusion of the 2019 InVenture Prize, team Unfoldit has continued to advance their recreational app geared toward logical and cognitive development. The gaming app, which was highly popular among viewers of last year’s live Final Round, features numerous levels in which users play to punch holes in folded paper in order to achieve a certain pattern when the paper is unfolded.

The app requires careful planning and spatial reasoning, and it serves as a stimulating, brain-beneficial way to spend time and destress.

In correlation with Apple’s release of the much-anticipated iOS 13, the team has taken steps to increase user accessibility within their own app. The app now features compatibility with Dark Mode, a notable feature on the new iOS update. Similarly, the team has released more levels to be unlocked, new designs, and reimagined features to enhance user experience.

Despite it being nearly a year since they entered the competition, team Unfoldit remains hard at work to constantly improve user experience across multiple platforms.

“A new Android version with enhanced features to match the iOS version should be released in early 2020 with a beta version coming this December. We plan to add even more features as well as all remaining levels within the coming months,” Panos said.

During the live broadcast of the 2019 competition on Georgia Public Broadcasting in March, Unfoldit received nearly 500 downloads on the iOS App Store. Now with the development of the app’s Android version, the team is sure to continue seeing more and more downloads. In fact, their user base has nearly doubled since gaining public exposure through the InVenture Prize.

As some of the team members are reaching their final semesters here at the Institute, they plan on applying the various lessons learned throughout the competition. Memories of laser-focused late nights spent developing their pitches and fine-tuning their product will come in handy in future business endeavors.

“The process of developing the product and creating a compelling pitch involved a lot of teamwork and exposed us to the marketing side of creating a product. Everything we do in the business world impacts people, either positively or negatively, and the InVenture Prize emphasized this philosophy,” the team said.

Thoughts on the 2020 InVenture Prize

With initial planning for the 2020 competition already underway, team Unfoldit considered the greatest benefits they gained from last year.

“As we refined our pitch each week and reflected on what made our product unique, we were better able to understand our mission, what was special about our app, and why we should be confident in what we created. The most valuable part of participating in the InVenture Prize was the experience we were able to gain practicing our pitches to some of the innovation leaders at Georgia Tech,” they explained.

With respect to students interested in competing for this year’s grand prize of $20,000, a free patent filing, and guaranteed acceptance into the CREATE-X program, the team offered some advice on making it to the final round.

“Create a product with a strong potential user base, that cares about its users, and develop an interesting piece of technology that sets the product apart from others. For us, this meant putting a lot of effort into the design and experience of the app to create the best user experience possible. Our app’s algorithm represents and understands paper-folding in such a way that it is able to find the solutions to the levels before we know them ourselves.”

FIND OUT MORE ABOUT THE 2020 INVENTURE PRIZE BY CLICKING HERE. Registration closes on Jan. 13. 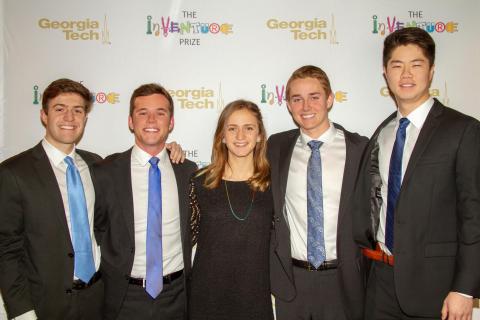 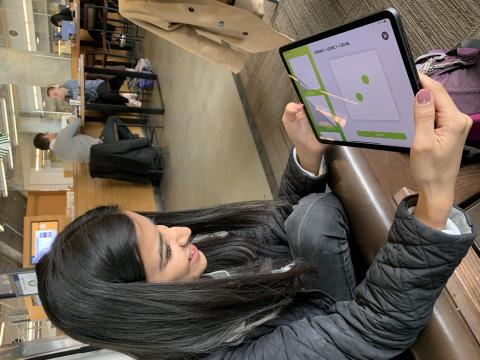