carSEAL to represent Georgia Tech at the 2022 ACC InVenture Prize 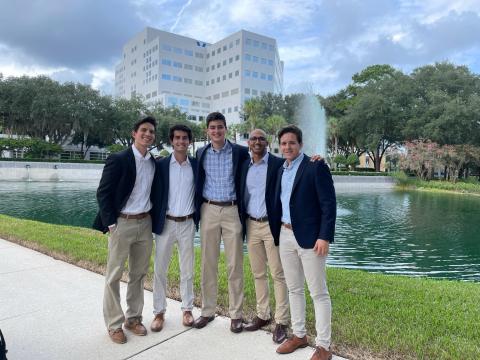 Vote for Georgia Tech's team to take home the People's Choice award of $5,000 and bragging rights! Watch our team, carSEAL's pitch below, and text the keyword GATech to 415-965-7445.

On April 2, 2022, Team carSEAL will represent Georgia Tech in the 6th annual ACC InVenture Prize Competition hosted this year by Florida State University. Team members Shovan Bhatia, Joshua Cruz, Nicholas Lima, Derek Prusener, and Giancarlo Riccobono will compete against other teams in the ACC Conference for a chance to win up to $30,000 in prizes.

carSEAL began with five biomedical engineering students collaborating on a capstone project. After being accepted into the highly sought-after Mayo Clinic Capstone Project, they received mentorship from Dr. Rabih Tawk, a world-renowned neurosurgeon. With his guidance, they learned that surgeons currently lack the tools to close the carotid artery after endovascular procedures. Through a pragmatic approach, the team developed 100+ conceptual designs and iterations. After numerous discussions with attending surgeons across the nation and preliminary testing, they developed carSEAL – a vascular closure device for the carotid artery.

So far, the team has found the InVenture Prize process to be exhilarating.

“Through each round of this process, we have seen incredible teams working on impactful projects and it is exciting to be surrounded by such brilliant minds from numerous backgrounds. It has been especially rewarding working with so many supportive advisors from Georgia Tech, who have been through the startup process and have freely offered their expertise. Along each step of this process, we have learned something new to refine our pitch and ensure we are presenting our most competitive self at the ACC.”

Currently, aside from preparing for the ACC InVenture Prize, the carSEAL team is performing benchtop lab testing to evaluate its efficacy in animal models. Soon after, the team will be moving to pre-clinical studies on their path to obtaining FDA clearance before carSEAL is commercialized. Winning the ACC InVenture Prize would help them gain more traction and gather sufficient funds to help them with this process.

“I am extremely proud of our team’s achievements in the short 6 months that we have worked together. carSEAL has gained a lot of traction already and we are excited to see how far we can take this, hopefully bringing carSEAL to clinical practice within a few years,” Bhatia stated.

The Georgia Tech community can support carSEAL in the competition by voting for them for the People’s Choice Awards by visiting: https://accinventureprize.com/peoples-choice-voting. Online voting begins March 28.

To learn more about the ACC InVenture Prize visit https://accinventureprize.com. 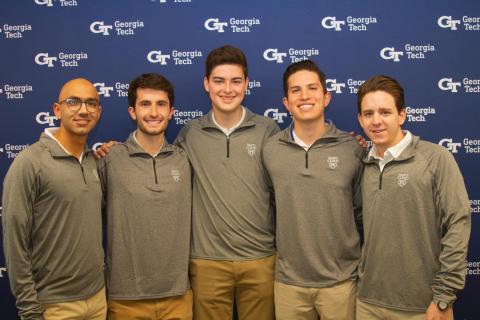